The Stages of Grief, MRKH style

I’ll be throwing a few personal details out there with this post, but if it helps one other girl struggling with MRKH or the prospect of permanent infertility, it is worth it. I truly believe that God has been holding my hand through the entire ordeal, and that his grace makes all things possible.

In the months leading up to the discovery of my MRKH, I became profoundly spiritual. I would spend every available moment in the church that was across the street from my high school, praying before the Blessed Sacrament. I was the sacristan of the school chapel, and the chaplain was my spiritual director. I had a deep desire to give my whole life to God as a religious sister. I know now that this was our Lord’s way of preparing me for the trauma that would soon enter my life.

Outside I look completely normal, and up until that point I had developed normally for a teenage girl, so no one suspected anything was different. Finally, when I turned 16 and I still hadn’t menstruated (even though I felt cramps), we knew something was wrong. After a long series of doctors and tests, a laparoscopy finally proved that I had “congenital absence of uterus and vagina.” I learned later that this is also known as Mayer-Rokitansky-Küster-Hauser Syndrome, or MRKH.

When I first heard the news, I was calm. I’m going to be a nun, so this doesn’t matter, I thought. Not a big deal. Let’s call that Stage 1: Denial.

Next came the identity crisis. Also known as Stage 2: Anger and Confusion

True story: this question plagued me for a long time. People associate womanhood with motherhood. In our culture we call getting your 1st period “becoming a woman.” As Catholics, we hold a deep love for the mother of Jesus. Growing up in a big family, all of the women I knew were mothers. Female conversation topics almost always included children. Where did this leave me? If I didn’t have a womb, was I truly a woman?

After much anger, tears, and throwing theology books (looking at you, Alice von Hildebrand), I came to realize that being a woman has nothing to do with one’s body parts, or lack thereof. My faith teaches that God created me female on purpose, and that even my soul was created female. After a lot of over-thinking and crying, I figured it must be true. Womanhood is more than skin deep. And it is so much more than reproduction. But what about marriage? Would I be permitted to marry in the church? Thank God I felt very close to my spiritual director at the time, and he guided me to Canon Law that stated, yes. Absolutely. Sterility is not an impediment to marriage, and impotence is only an impediment if it is permanent and irreversible (mine was easily corrected). Marriage and sex is about more than the ability to bear children. My future marriage would be valid.

After the identity crisis (which lasted at least 2-3 years), we hit Stage 3:  Bargaining.

AKA, learning to trust. 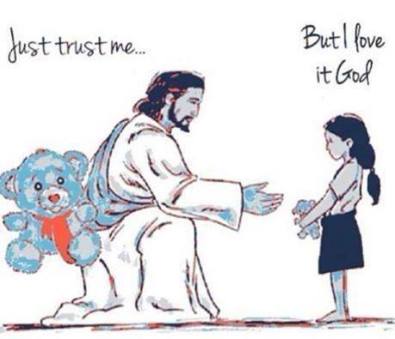 I knew that the Church was opposed to IVF and surrogacy. I had a decent knowledge of why, thanks to Catholic high school. But I still wrestled with accepting this. Being in love with Jesus, I never wanted to knowingly disobey his Church, even if I disagreed (thank you, Mom and Dad, for filling my head with tales of great Saints who became my childhood heroes). And so, it was in this frame of mind that I lived the next several years of my life.

I knew there would be no special dispensation for IVF. I knew if it was considered a sin, it was bound in heaven. But still, I thought there should be some “ethical” way of doing the illicit. Though I would obey the Church, I frequently opened the conversation about it, hoping she would change her mind. I even published an article on this blog in 2010 (6 years after diagnosis) about why I thought the Church should change her stance on IVF (though I’ve since removed the post).

I think I hit Stage 4: Depression not long after my wedding. I was so unbearably sad that my husband and I would never be blessed with a child that was genetically related to us. We would never see what that looks like. Our love would never be “fruitful” in the traditional sense of the word.

Thanks be to God, I married a man who was similarly committed to obedience. Even before marriage, we trusted that these rules were given to us by God not to make us unhappy, but because he loves us and knows what is best. I believe it was the grace from the Sacrament of Marriage that opened my heart to the truth about IVF, and led to Stage 5: Acceptance. Even if you don’t kill any embryos, and you collect sperm in a “licit” way, it doesn’t matter. The act of marriage is so profoundly sacred and beautiful, and absolutely nothing should get in the way of that. We have a right that, if we are blessed with biological parenthood, it will only be through each other. Our bond is sacred. Nothing should mess with that, or cheapen it. The marital relationship should not be subject to manipulation, for any reason. This is a beautiful thing.

(Note: if you would like to read an in-depth explanation of the Church’s teaching on IVF, written by a Catholic dealing with infertility, please see this awesome post from Conceiving Hope.)

Clearly, as evidenced on this site, I still grieve. I’m sure this is a thorn that will be with me all the days of my life. I will always need God’s help. But I write because I want you to know that there is hope, even though it might not be what you think. Hope is not the confidence of a miraculous cure, but the confidence that God is with us and will sustain us. He has a plan. I know this. And no matter what you’re facing, he will carry you through.

connieann Catholic. Historian. Works in Advertising. I love travel, cooking, reading, movies, occasional bad TV, and writing about it all. :)
Published May 1, 2015May 1, 2015

One thought on “The Stages of Grief, MRKH style”